Legendary Swedish progressive rock band KAIPA are pleased to announce the release of their landmark 2002 album ‘Notes From The Past’ for the first time ever on vinyl, celebrating its 20th anniversary. Especially remastered, this new edition will also be available on digital services, as well as Gatefold 180g 2LP+CD, on the 9th December 2022.

‘Notes From The Past’ was the bands 6th studio album, and first new music after a 20-year break. It saw Hans Lundin once again joined by Roine Stolt as well as Jonas Reingold, Morgan Ågren, Patrik Lundström & Aleena Gibson. 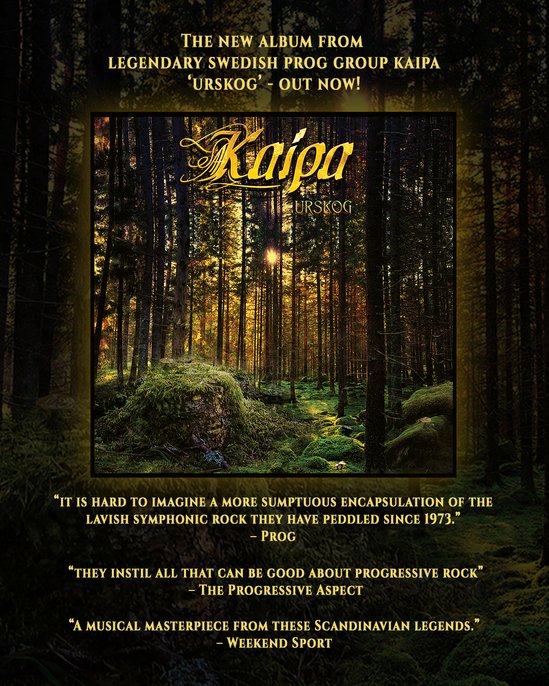 “Kaipa again sound like no one but themselves, and for me they instil all that can be good about progressive rock. And if this isn’t at the top of my list of albums for 2022, I’ll be astonished.”

"Swedish prog pioneers on splendid form. It is hard to imagine a more sumptuous encapsulation of the lavish symphonic rock they have peddled since 1973."

”Kaipa remains one of the best players in the genre. Urskog is another accomplished and entertaining album of the same. Easily recommended 5/5.”

”A must listen for all lovers of Progressive sounds, an album that contains the essence of the genre, in my opinion a real masterpiece.”

”If you need a dose of prog-positivity, look no further than Kaipa’s Urskog. Their nature-inspired tunes will take you on an uplifting aural voyage 5/5.”

"This album is full of life, you can sense how the seasons change and how life develops as a result. The whole record is very life affirming and an absolute joy to listen to. I heartily recommend it to all prog fans.".

”New music that makes me feel melancholic, I have nothing more to wish for.”

"One story after another, Kaipa are still growing stronger and keeping these continuous stories, more tighter than ever. And they still have it, many years later."

Read all the reviews 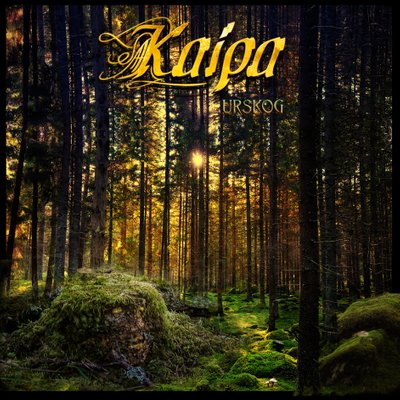 Urskog takes the listener on a breathtaking journey through the Swedish wilderness and the changing seasons. Hans Lundin's six new compositions draw influences from the landscapes he witnesses during his solitary countryside biking treks as well as from a less known part of his own vast song catalogue.

Hans comments: Most of the songs were written in 2018. At the time I was working on the 6-CD box “Hans Lundin: The Solo Years 1982-1989”, and revisiting my old solo albums informed my songwriting process for “Urskog”. Listening to these old compositions influenced my new compositions in a general way; there were also few instances where I took a nice chord structure or a melodic fragment of an old song and turned it into something entirely new. I also sampled some sounds from the 80's that can be heard on the new album.

The new album opens with “The Frozen Dead of the Night”, a 19 minute epic that takes us from the cold and bleak midwinter into the spring and its promise to start life anew. The album's closing song “The Bitter Setting Sun” mirrors this theme as it's time to say goodbye to the summer as we watch the leaves falling and recall memories from summer nights when the sun refused to set. The title track “Urskog” takes us deep into the heart of the Swedish primeval forest, evoking images of old folklore with its Swedish lyrics.

While the rest of the band's lineup remains intact, Urskog introduces new drummer Darby Todd from London, UK. Guitarist Per Nilsson explains: When the time came around to start tracking drums, Morgan wasn't available within any reasonable timeframe so on Morgan's own suggestion, we decided to amicably part ways. Morgan's fantastic and imaginative drumming has adorned the music of Kaipa for almost two decades and eight albums, but for what it's worth, we felt that this could be an opportunity to bring some new grooves and new sounds into Kaipa. While Hans had a few ideas for the drummer position I only had one person in mind, someone whose creativity and chops rival those of Morgan's but with more of a hard-hitting rock edge, and upon seeing a few videos of this guy bashing the skins Hans was convinced too. So, it brings us great joy to present to you mr Darby Todd as the new drummer for Kaipa! Darby has a resumé fitting a musician of his caliber, having played with Devin Townsend, The Darkness, Gary Moore, Martin Barre and many more, and while the guy is capable of expertly playing everything from death metal to soft jazz, he's got a strong own voice on his instrument and it's been exciting hearing him take these six new Kaipa tunes to the skies... and beyond!

Lean back, relax and immerse yourself in the sonic forest of Urskog, or better yet use it as the soundtrack for your own wilderness excursion! 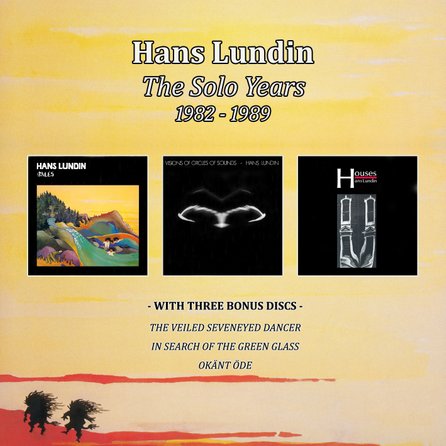 KAIPA's mastermind Hans Lundin released three solo albums in the 80's. “Tales” in 1984, “Visions of Circles of Sounds” in 1985 and “Houses” in 1989. With a childlike sense of wonder he created his own musical landscapes switching back and forth between grand majestic beauty and tiny joyful playfulness. Mostly working on his own he sometimes also invited some old friends as guest musicians. You can hear former Kaipa members Roine Stolt, Max Åhman, Ingemar Bergman and Mats Löfgren. Ulf Wallander, Hasse Bruniusson and several more musicians can also be heard. 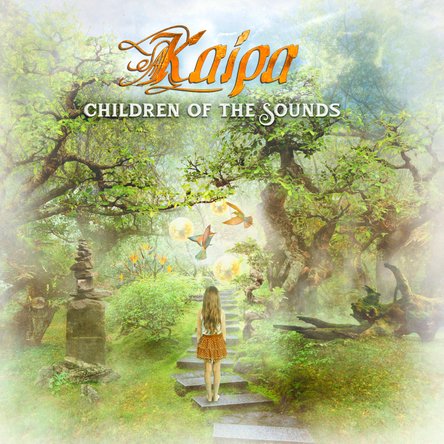 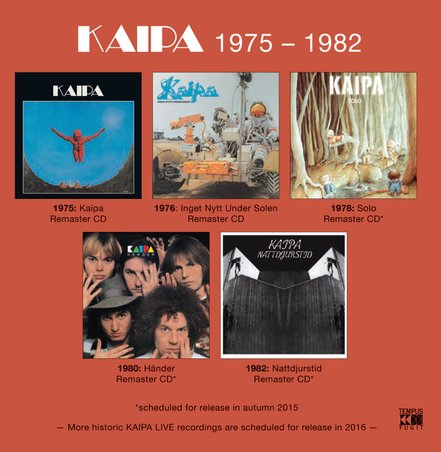 To celebrate the 40th anniversary of the first KAIPA album originally released 1975 all five studio albums Kaipa recorded 1975-1982 have been remastered and re-released on CD. The three first albums also on LP. 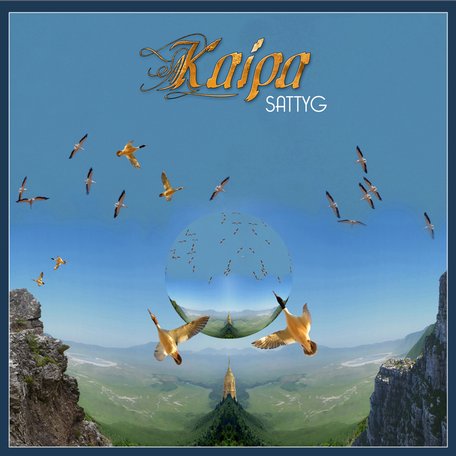 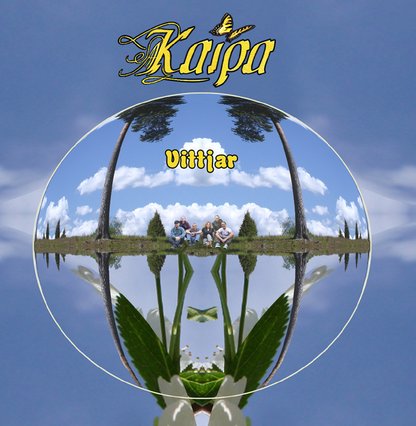 "Vittjar" is Kaipa's 11th studio album and it continues the musical journey that explored new grounds with the highly acclaimed album "In the wake of evolution" 2010. The addition of the eminent guest-musicians Fredrik Lindqvist (recorders & whistles) and Elin Rubinsztein (violin) further underlines the folk influences in the music.

Now you can add the song "KAIPA: In the Wake of Evolution" to your Rock Band music library.